A political system is a living organism, and a democratic system is a particularly highly evolved and complex one. As such, it has an immune system that can be attacked and compromised. IW is like political HIV, a virus that attacks democracy's antibodies.

Left untreated, it can severely, even lethally, compromise its immune system, rendering it vulnerable to a variety of political bacilli such as tribalism, hatred, polarization, and alienation capable of paralyzing and even killing it.

CISec's doctrine is akin to a course of treatment ranging from a dose of potent antibiotics to a marrow transplant, enabling the immune system to rejuvenate itself and overpower and eliminate the IW induced toxins, to the point where the body politic recovers, regains its immunity, and can resume functioning normally.

COOSamuel Wazana is a seasoned hi-tech entrepreneur. He has a track record spanning over two dozen years  developing innovative new technologies,  and converting them into practical commercial applications. He is one of the Internet pioneers in Israel and has several patents in the fields of communications, internet and medical devices in his name.
He is currently the CEO of Poliphone. A rapidly growing start-up which provides political parties and other organizations with an innovative virtual call center. Poliphone provides cost-effective real time management platform for political and policy advocacy campaigns.

He is on the board of TAU's Harold Hartog School of Government and Policy.

CISec was founded by a team of seasoned intelligence, communications, and cyber officials, with a wealth of experience in HUMINT, ELINT, SIGINT, and IW.

CISec has developed a comprehensive "cloak and data" strategic and operational doctrine based on HUMINT, leveraged and enhanced by the latest cutting-edge cyber capabilities, enabling us to provide clients with an effective IW solution that includes advanced defensive and offensive capabilities.

Born in South Africa, he fled the country as a political exile, arriving with his family (both his parents were senior ANC activists, his father was MK's first Operations Officer) in Israel in 1969. In 1974, following the beginning of the close cooperation between Israel and SA, which included regular intelligence exchanges, the family Hebraized the  surname to Ariel. In SA, he is still known as Jonathan Schwartz.

Between 1978 - 1983 he served as an intelligence officer with the ANC. His training (Eastern Block) included political subversion and disinformation, the forerunner of IW (Information Warfare). He returned to Israel in 1983.      He was an adviser to former Defense Minister and Israel Labor Party Chairman Binyamin (Fuad) Ben-Eliezer.

He has studied Political Science, Military Science and Journalism at university or equivalent tertiary levels.

To ensure democracy can effectively defend and protect itself by optimally combining human and artificial / cyber intelligence capabilities, and harnessing them in democracy's defense.

To provide a comprehensive solution to pre-empt and proactively defend and protect political systems and the public discourse from attempts to manipulate and subvert them by the malicious dissemination of fake news and other types of disinformation and misinformation, whose aims are to erode, subvert, and ultimately destroy the western world's political systems.

To prevent the contamination of western economic and political ecosystems with false information aimed at subverting both financial markets and specific targeted corporations. 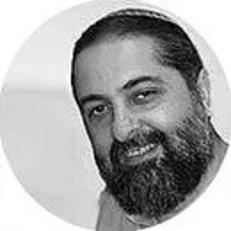 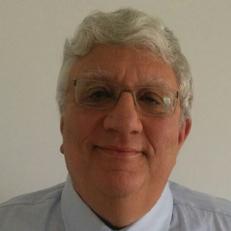